Comments Off on Greyalnds Review – Reading Time Vol 41 No 4 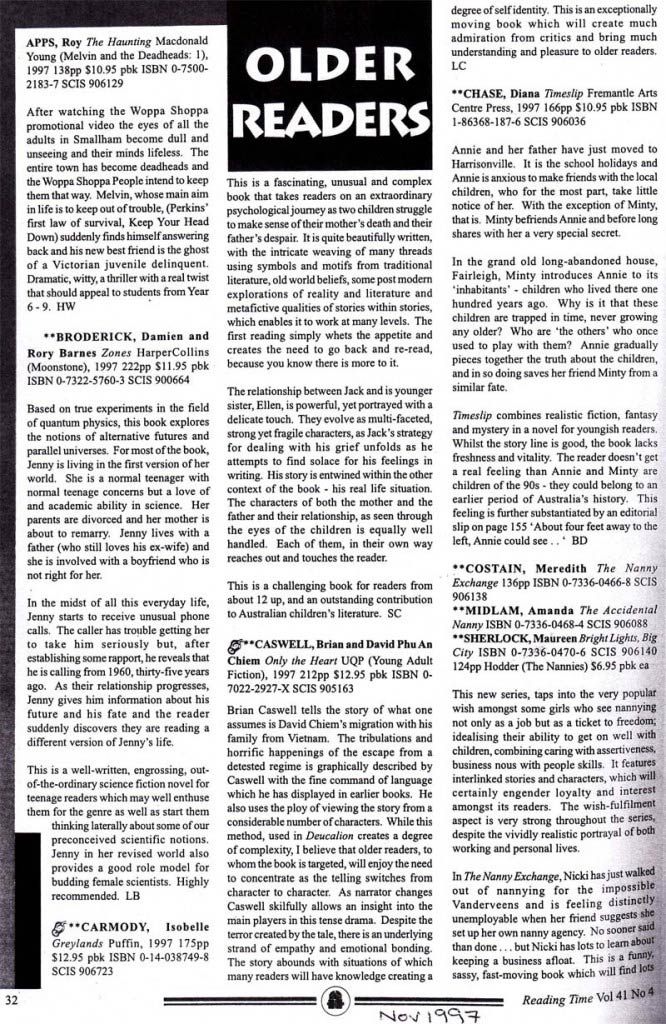 This is a fascinating, unusual and complex book that takes readers on an extraordinary psychological joumey as two children struggle to make sense oftheirmother’s death andtheir father’s despair. It is quite beautifully written, with the intricate weaving of many threads using symbols and motifs from traditional literature, old world beliefs, some post modem explorations of reality and literature and metafictive qualities of stories within stories, which enables it to work at many levels. The first reading simply whets the appetite and creates the need to go back and re-read, because you know there is more to it.

The relationship between Jack and is younger sister, Ellen, is powerful, yet porhayed with a delicate touch. They evolve as multi-faceted, strong yet fragile characters, as Jack’s strategy for dealing with his grief unfolds as he attempts to find solace for his feelings in writing. His storyis entwinedwithinthe other context of the book – his real life situation. The characters of both the mother and the father and their relationship, as seen through the eyes of the children is equally well handled. Each of them, in their own way reaches out and touches the reader.

This is a challenging book for readers from about 12 up, and an outstanding contribution to Australian children’s literature.