Comments Off on Greylands Review – Viewpoint Vol 5 No 3 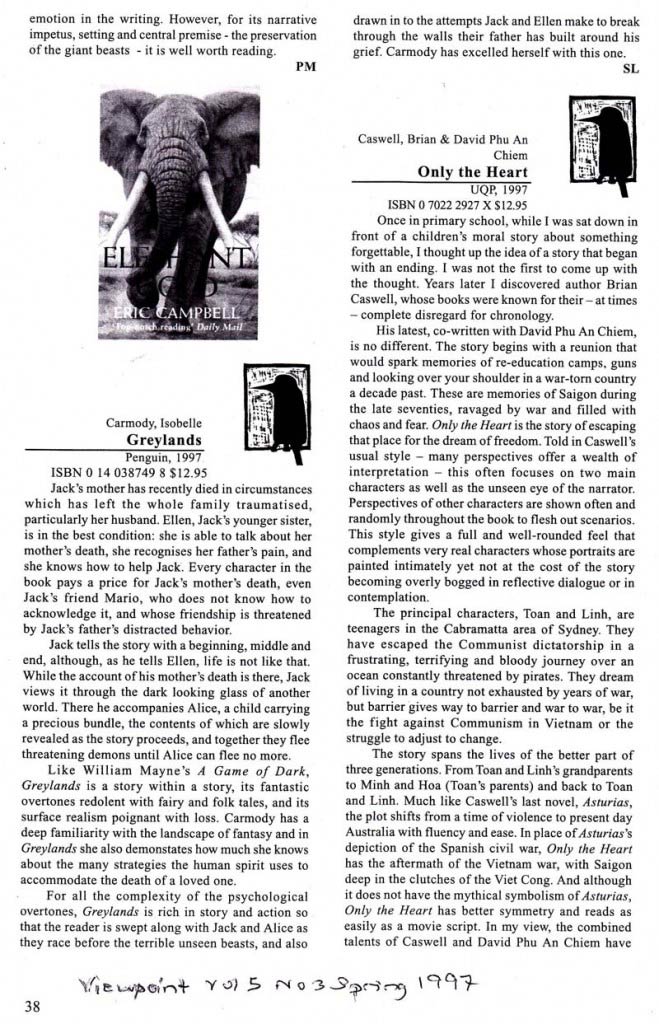 Jack’s mother has recently died in circumstances which has left the whole family traumatised, particularly her husband. Ellen, Jack’s younger sister, is in the best condition: she is able to talk about her mother’s death, she recognises her father’s pain, and she knows how to help Jack. Every character in the book pays a price for Jack’s mother’s death, even Jack’s friend Mario, who does not know how to acknowledge it, and whose friendship is threatened by Jack’s father’s distracted behaviour.Jack tells the story with a beginning, rniddle and end, although, as he tells Ellen, life is not like that. While the account of his mother’s death is there, Jack views it through the dark looking glass of another world. There he accompanies Alice, a child carrying a precious bundle, the contents of which are slowly revealed as the story proceeds, and together they flee threafening demons until Alice can flee no more.

Like William Mayne’s A Game of Dark, Greylands is a story within a story, its fantastic overtones redolent with fairy and folk tales, and its surface realism poignant with loss. Carmody has a deep familiarity with the landscape of fantasy and in Greylands she also demonstrates how much she knows about the many strategies the human spirit uses to accommodate the death of a loved one.

For all the complexity of the psychological overtones, Greylands is rich in story and action so that the reader is swept along with Jack and Alice as they race before the terrible unseen beasts, and also drawn in to the attempts Jack and Ellen make to break through the walls their father has built around his grief. Carmody has excelled herself with this one.