The e-reader has transformed genre reading in two ways. It’s on its way to eliminating the storage problems obsessive crime, romance or Western readers have had, the crateloads of novels to be shelved awaiting reading and then to be disposed of once read; that’s one advantage. But the other one is the privacy of the e-reader, the fact that no one can tell what you’re reading without actually entering your personal space and peering over your shoulder. The e-reader has allowed, for example, romance readers to publicly read their chosen genre without ever having to lift their heads and see someone’s lip curling at the sight of the hunk and the honey on the cover. 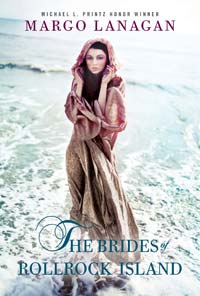 It frees up other kinds of public reading, too. There’s a lot of talk about adolescent boys and reading, what boys will allow themselves to be seen to be reading, whether they’ll read material with a girl protagonist. To the extent that they refrain, for fear of being ridiculed, from reading books with girls on the cover, they need no longer restrict themselves; Matthew Reilly and Jenny Downham present the same neutral screen to the world.

That slight trend to publish two versions of a book, one as YA and one as adult, with different covers supposedly appealing to different demographics, makes less sense in the e-reader world. Adults may read as much children’s or teen fiction as they like on their commute. Nobody need know that they’re comfort-reading the Moomin or the Narnia books again, or haring through a teen adventure, rather than preparing for the Monday onslaught with a quick flick through the Seven Habits of Coldly Ambitious People. 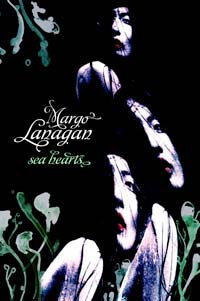 If you’re the sort of person who can read erotica in public, you may do so without advertising the fact, or covering your book with brown paper, or grafting it to your lap so that no one sees the cover. (I don’t know; I started e-reading Georges Bataille’s Story of the Eye on the train and still felt weird.) If you don’t want to attract an anti-intellectual backlash, you can read your post-everything theorist entirely privately; the e-reader saves you the physical labour, too, of carting around all those weighty words. If your absolute favourite author’s new book has been lumbered with the most embarrassing cover in the world in an attempt to scoop a new demographic into his readership, don’t stress waiting for the new edition where the marketing department come to their senses; buy the e-book and present the same black or grey packaging to the world every time.

Reading is a private activity that we sometimes conduct in public; the e-reader adds another layer of privacy. Readers of e-books are publicising e-readers as a delivery system rather than individual works, or the nature of their own preferences. For people who don’t want their choices sneered at, judged, or even seen, the e-book is the iPod for the eyes; your taste, or your taste-testing, can remain concealed, even as the fact of your reading remains in full view. 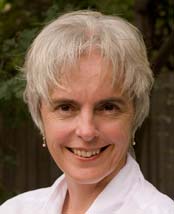 Margo Lanagan is simply one of the finest and most powerful writers I have ever read.

I have liked everything she has written, but when I read Black Juice, the stories in it moved me and shattered me to the depths of my soul. They took me somewhere no writing had ever taken me. I knew Margo before that book, and the other incredible things she went on to write. I knew Margo when she was setting off to do a short short course at Clarion West in Seattle. It is like knowing someone who said they were going to grow up and become an astronaut, and then they did.

Since then (and even before we met) she has been winning awards. Including four- yes FOUR world fantasy awards. She also did a History degree as well as wandering through poetry, junior and YA fiction, teen romance and dark fantasy. She is active on Twitter and absolutely au fait with the modern world. In fact, I suspect she has a cape somewhere, which she dons for the odd flight over Sydney, where she lives.