And the winners are…

It has been an exciting, interactive month for everyone who has contributed and commented on the Great eBook Debate, and Heather, Isobelle and I would like to thank all of you for taking the time to share their thoughts and experiences in such a polite, intelligent and diplomatic way. 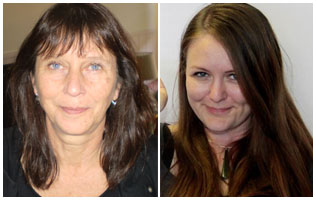 As promised at the beginning of the website launch, Isobelle has provided some prize packs, consisting of stories in many of the forms we have been discussing. Heather and I have alternated each day in choosing a featured commenter, in order to create a shortlist from which we could choose our winners.

Those who won in the end were selected not only because of the tone and experience behind their valuable contributions, but also because of the consistency of their engaging, thoughtful comments. They experienced and contributed to the entire journey. We feel they went above and beyond.

We have also decided to have a runner up, who will receive a small pile of signed books and audio books. We have awarded the runner-up prize to Daniel, who contributed regularly –  his comments were always beautifully relevant to the topic of the day when he posted.

The three main prize winners will each receive a kindle, and a collection of signed print books (both hard and soft cover) and an audio book each. 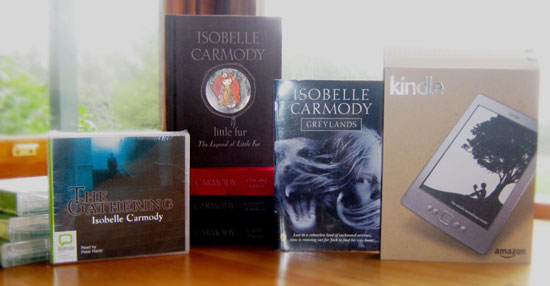 The winners are, in no particular order:

Jo Turner
It was a common thread throughout the discussion – the attachment most people have to a printed book. Ebooks are a fairly new format of reading for most people, they have not been around long enough for us to make those connections. Jo both acknowledged our attachment and expressed an openness of mind to new possibilities for connections in new technology.

Liam Campbell
Not only did he contribute enormously to the discussion, but he also provided assistance to people when they announced any frustrations or challenges they had met during their attempts at adopting any eProcess. The entire debate was all the richer thanks to his comments.

Vauny
There was almost not a single day that went by where Vauny didn’t comment first on a post, with her thoughtful, sensitive take on the contributor’s topic. Vauny is both clearly a lover of technology, and a lover of physical books, and her open- and dual-minded contributions added to the specific take each contributor discussed each day beautifully.

Thank you again to everyone for joining us on this month-long adventure.

All prize winners will be contacted via email (using the email address you commented with), for shipping details.
Congrats, guys!