In P3 (as grade 3 is known in Northern Ireland) my teacher began reading Tolkien’s The Hobbit. It probably comes as no surprise to anyone who knows the books I’ve illustrated that it left an indelible impression on me. But what might be a surprise is that I wasn’t interested in drawing before then. Apart from a Dalek (perhaps the hardest thing to draw badly after-all it is just an upside down bin with a toilet plunger sticking out) I hadn’t drawn anything. But Tolkien’s description of the dragon Smaug created something in my imagination I hadn’t experienced before- certainly the special effects in movies in the seventies couldn’t create anything so powerful (a man in a dinosaur suite destroying houses made of shoe boxes wasn’t fooling any eight year old.) I had to record what I saw in my imagination. And in my imagination my eight-year-old bad drawing was a super realistic image of the greatest dragon ever! 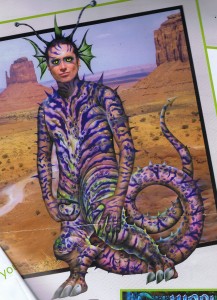 So I began drawing dragons. And my quest to draw the perfect dragon continues to this day, as does my love of reading. I haven’t strayed too far from Tolkien (revisiting LOTR seven times) and graduating to the more ‘gritty’ George RR Martin’s A Song of Ice and Fire series, (threatening to give up in book three for his crimes against his protagonists but unable to abandon the addiction.)

I don’t really know how the experience of reading a story would be any different if you unrolled a scroll or read it on an electric cordless device. If the story is a good one (and why read a bad one) then you are more likely thinking- “No Frodo… not into Shelob’s lair!” than “aren’t the sparkling pages pretty.”

Like birthday parties, bat mitzvahs, and every other celebration in life I’m always late. And I’m late at coming round to e-books. I’m yet to join the revolution and haven’t graduated from reading words printed on dead trees. But I’m easily distracted. If my book was connected to the Internet I’d be tempted to look up the meaning of big words I stumbled across to increase my vocabulary and invent ways of dropping them into sentences. I’m still trying to use antidisestablishmentarianism.

But I am excited at the prospect of my first ‘electronic, interactive’ picture book being published. Journey to the Centre of the Earth is my favourite story I’ve illustrated- (with Deltora Quest it was more inventing monsters than turning a story into pictures.) This medium will undoubtedly be the norm for the next generations of eight year olds. Classrooms will become transfixed as the teacher reads out a story, while the dragon on the page unfurls her wings and with one beat soars upwards on the screen.

But this scenario begs the question- with technology this advanced and images with movie quality animation; will it leave anything to our own imagination? My guess is the same question was asked when the first full colour illustrated books were first published. 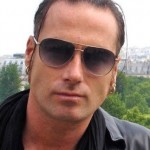 Marc Mc Bride has illustrated over fifty book covers (including Emily Rodda’s best selling DELTORA QUEST series, which at last count has sold seventeen million copies.) and countless magazines, as well as producing artwork for advertising campaigns. He has a solid design background in both advertising and film, and won the West Australian Film and Television Award for Best Art Director. Marc has had work exhibited with the New York Society of Illustrators. He is also a writer.  In 2007 he wrote and illustrated World of Monsters which won the Aurealis award for best short fiction.

I met Marc a few years ago, when Helen Chamberlin put us together over a book I had written, Journey from the Centre of the Earth. She was always brilliant at putting the right person with the right person.  I had this idea of what the illustrations might be like- I was envisaging images that would be dark and gloomy and somber and very realistic- like grand masters, only with a duck- I thought it would be touching to put a little lost duck in such a setting. Then Marc sent his visual responses to my text, which were shockingly, dazzlingly colourful and I thought WOW! And I never stopped thinking that.  To this day Journey is still my personal favourite of the picture books I have done. I love Mac’s images for the book and when i started looking at e books, the possibility of seeing if one could transform a picture book into eForm came up and I immediately thought of Journey. This led me to begin looking at enhanced eBooks…

Marc was immediately on board, and the interesting thing is that our queries provoked a decision on the part of the publishers  to put the book back into print! Just like with Greylands! This has been a totally unexpected side effect of my desire to learn more about the eVolution!

All of this made me want to add Marc’s ideas to our unfolding forum into book forms!