why all the animals? 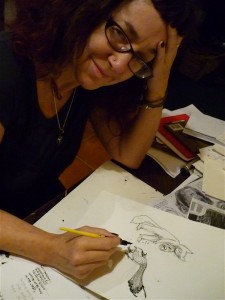 sometimes someone asks a question that makes you think and the more you think about it, the bigger the question gets.

and why not consider it now, approaching the end of 2012, on the verge of a year that was never supposed to come?  I might have gone out into the dangerous night, where I can hear the muffled warfare sounds of Prague gearing up to midnight fireworks. Out there my daughter roams the night with her friend for the first time and my poet plays at a gig as usual. There are friends I could visit or join, but I find that what I most want to do is to be home, working, writing, drawing. 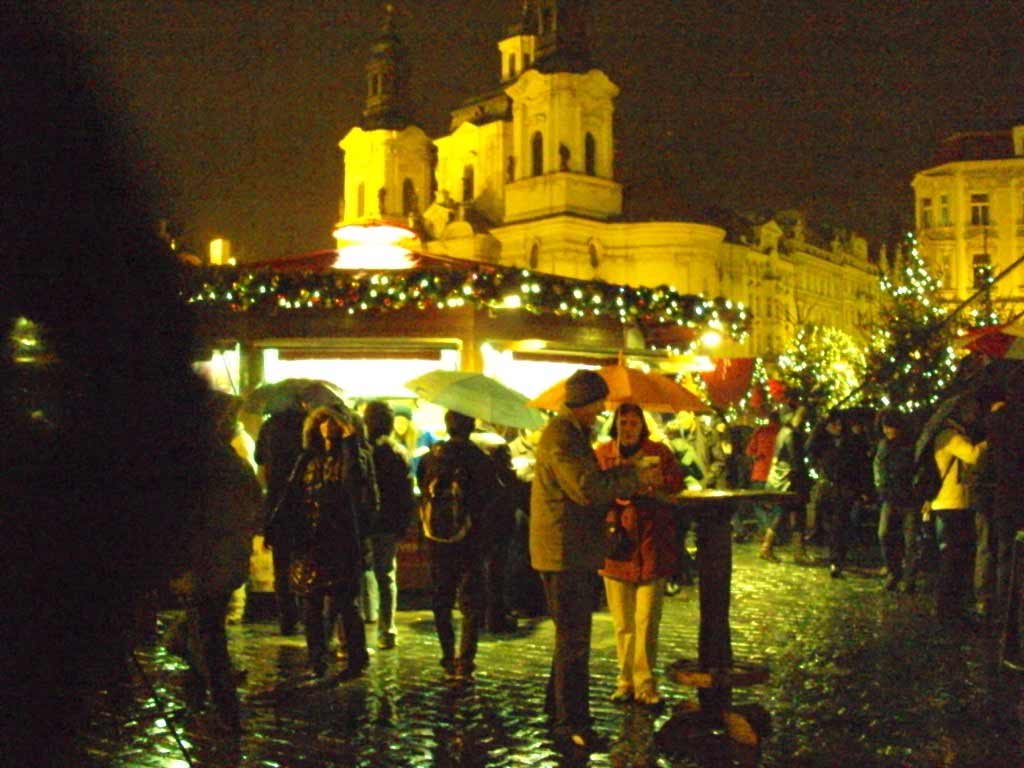 the question of animals arose when I was hunting the 12 photographs I would post that night on my facebook wall, which I paste every night on my wall, except when I am on the road. I was in the midst of that almost zen state I reach as I trawl through photos. searching for a connecting thread which only reveals itself to me in the choosing. Each day, something is woven for me and of me by this means and at least half the pictures I choose will be of animals. To begin with I started posting pictures of animals on my wall  as a way of building up a reference gallery of subjects I might draw. It was not until I started alternating animals with natural settings that I found there were many random juxtapositions that startled and pleased me, and beyond this, that there was something shifty and ambigious and important being woven by the choices I was making. It was as if my subconscious was sending me messages in code, which I could almost decipher in the same way I often feel I can almost hear what the trees are saying when the wind passes through them.

in the middle of this search, I rejected a beautiful pic of a man riding a bike across a pool of water reflecting the clouds because there was a human in it. I did this automatically, and then it struck me how odd it was that the human somehow detracted from the scene for me.  I thought then how rarely I chose a picture with a human in it, and never without mulling it over for some time, first, to see if I could accept the exception. In fact the only time I include them easily is when the human is  engaged in some sort of profound relationship/interaction with an animal.  It is this interaction, this point of overlap, that makes them worthy. Elevates them.

i commented on this to my partner, half musing, half philosophising, and he observed mildly that it might be worth thinking about why I get such intense pleasure out of looking at animals.

i murmured something meaningless. Or maybe I didn’t say anything at all. 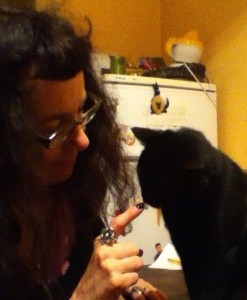 but these last few days I had found myself thinking about exactly why looking at pictures of animals pleases me so deeply. I thought how many animals and the non human ‘creatures’ in my writing and then I realised that few of the main human characters in my books  are  solely human. They are human plus something else. Billy Thunder is cshape changing human with the canine capacity for loyalty and steadfast, unconditional love.  All of Elspeth’s powers are extreme extensions of human abilities. She is not ‘just’ human. And she transforms when she is in spirit form, to a shape that is not ‘just human’.  She is winged like a bird.  Or an angel. Once she is a cat, inside Miryum’s dreams. ( Has that happened yet?  Sometimes it is hard to remember what parts of the story are out of me and loose in the world.) And she can communicate with animals. Nor is Alyzon Whitestarr ‘just’ human. After the accident, her senses are enhanced, as the senses of many animals are… 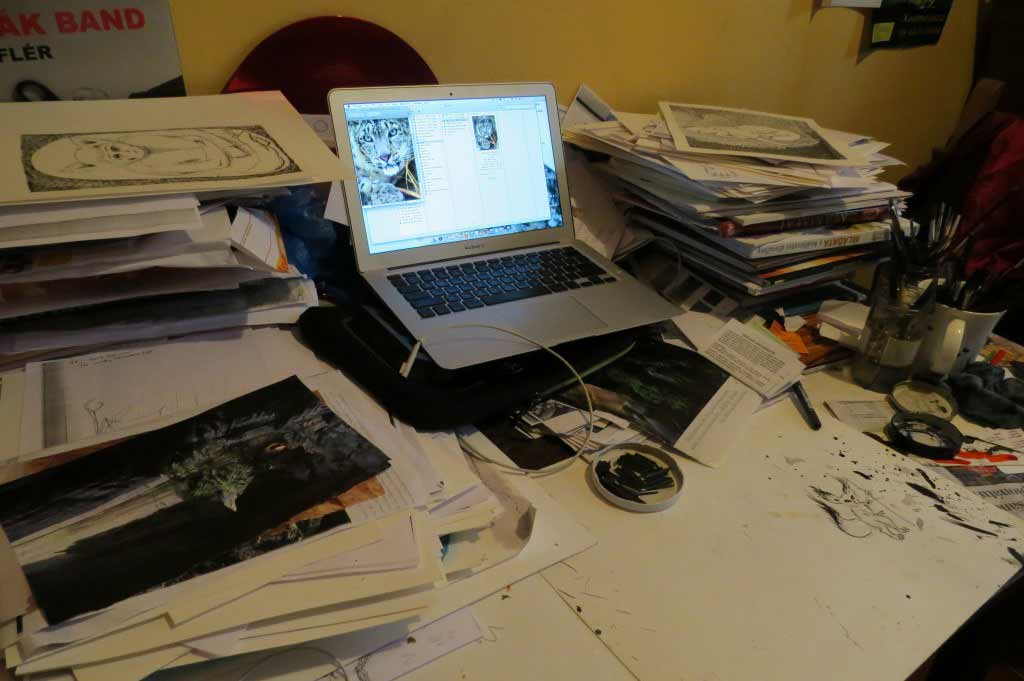 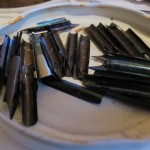 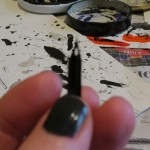 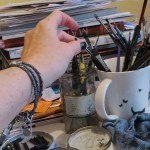 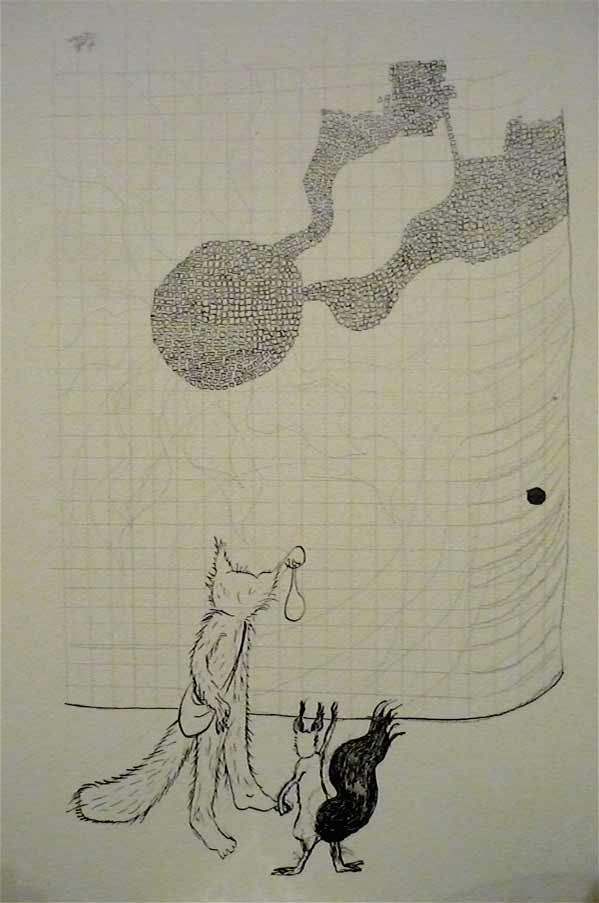 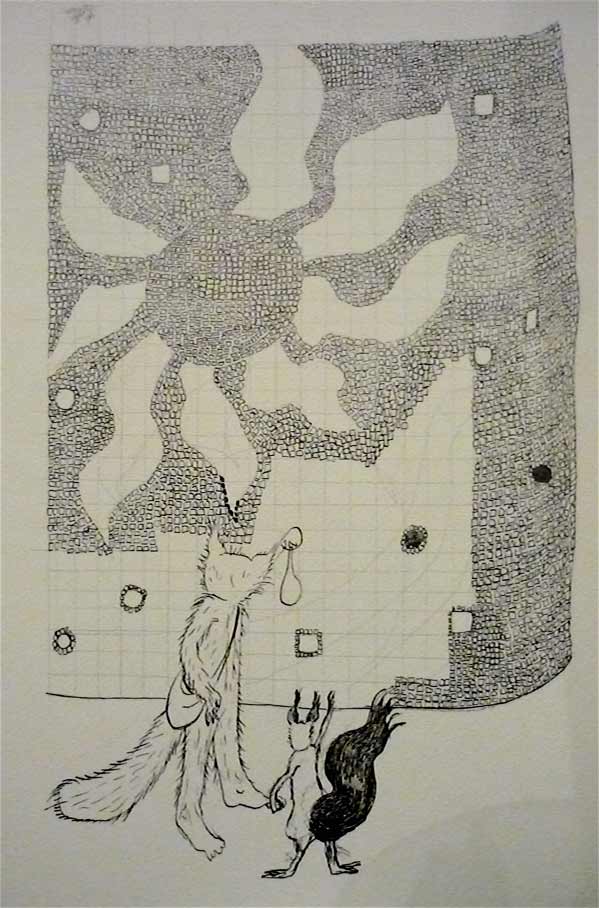 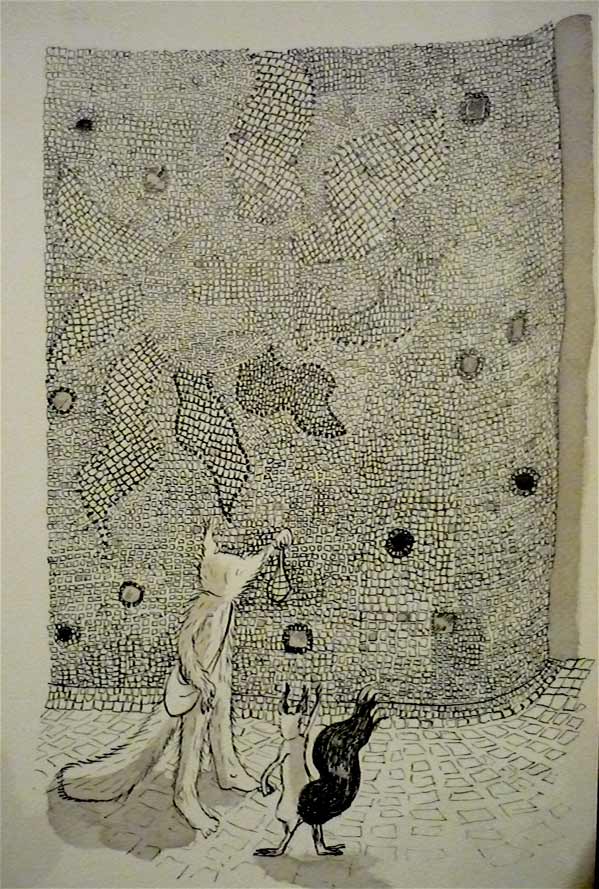 i thought about this review that Little Fur got on Amazon, where an outraged woman wrote that she HATED the book. She had got it out thinking it would be this cute, light, sweet little story about elves and fairies and instead it was ‘human-hating’ right from the start. Little Fur hates humans, she accused.  In fact, Little Fur does not know anything about humans.   In the beginning, she knows them only by their impact on the animals who take refuge from them in the hidden forest. She does not hate humans.  Indeed one of her most important traits is that she does not hate at all. She IS afraid of humans. She sees them/us as dangerous.  As they are.  WE are. But as the story unfolds, she comes to see that they/we are afraid too, and confused and mostly this is the result of our being cut off from the rest of nature.  Even from one another. 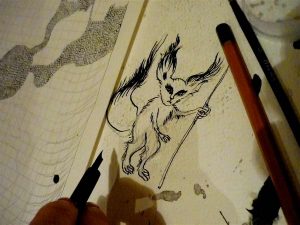 of all the books I have written, other than Obernewtyn itself) it might be the Little Fur books that hold the essence of me as a writer. Of what I am striving to do. I am all of those characters.  I am Little Fur trying to heal and help without really always knowing what I am dealing with; I am Crow wanting to sneer and peck and jeer and be the boss of the world, I am Sly who will do whatever she needs to do to survive, and who has a savage streak, and I am Sorrow, wounded to the core by the things we do. When I write, I am trying to stand outside humanity to see it the better. I am trying to surround the subject. I am trying to play chess with myself. The animals and angels and beasts are all my scrying glasses.

yet perhaps, when I look at a certain sort of photographs of animals and nature, I feel simple joy because, for a little while, I am NOT thinking about humans, trying to understand them, heal them, judge them, solve them.  I am not weighed down by guilt by association. I feel connected by my delight in the animal to the animal in the photograph, and in this way, transcend the lonesomeness and sickly isolation of the human condition. I am healed by that connection. Because like Little Fur, I really do believe that if we stopped being so uniquely self-importantly human and started being just another of the things that live,  connected to all the other kinds of things that live, much of the harm we do to ourselves and to the world would cease. Is that naive?  Probably but in my secret heart I think the world needs some of this made faithful niavity.

and it is worth noting that when I post those twelve pictures a night a lot of people respond with joy and warmth and delight and humour. They THANK me for them, though I make it clear I did not photograph them.   I have to believe they are thanking me because something in my little random tapestry of images and elusive meaning communicates itself to them. And so they are connected to the animals and the landscapes and to me.  For a moment, we feel the electric touch of the earth spirit.

sometimes feel as if I have spent my whole life trying to back up enough to get some space around me to see clearly, to think in. Writing was always the best way of doing that. It is Harry Potter’s Room of Requirement (and what a brilliant invention that was!) Writing is where I go to find all of the things I need. It is where I go to think or sulk or cry or dream, and sometime to scream. It is the truest Room of One’s Own. The animals and other creatures are the doors and ways into that space. They are the means and the mode. The victims and the solution.

they are my angels, and there can never be too many of them.

Yet at the end of all this thinking,  and now I have crossed the rubikon into the year that was not supposed to come, I have decided to try to draw humans into the  web I build each night, when I post my pictures on facebook. From now on, from January 1, 2013,  there will be a 13th photograph each night, which I will call The Human Connection. 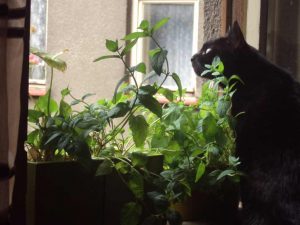